Out of the box the light runs on 120v with all 3 lights permanently turned on. Many of these knock-off traffic signals at least attempt to blink the lights, that’s alright though because the old electronics days are numbered. 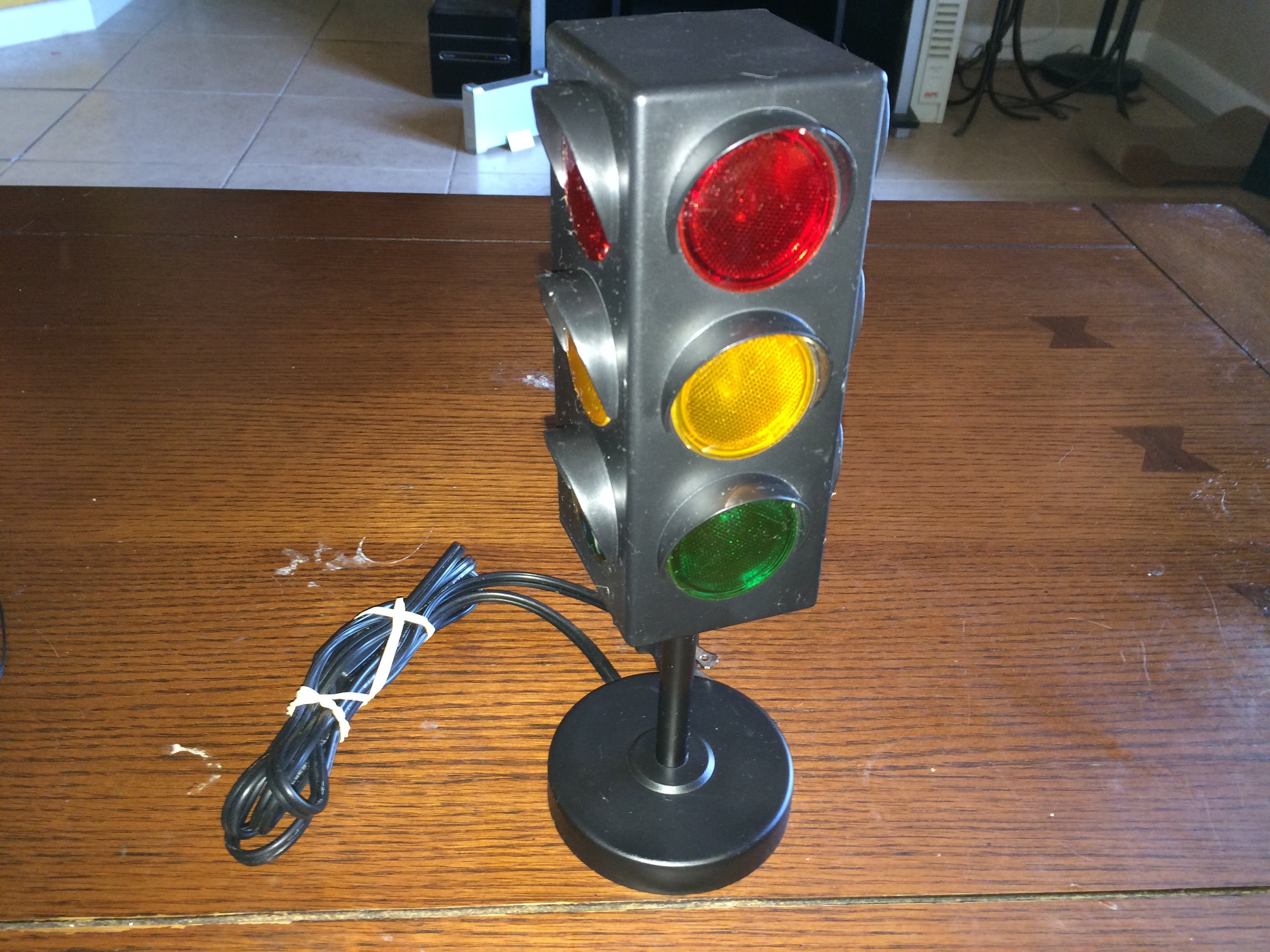 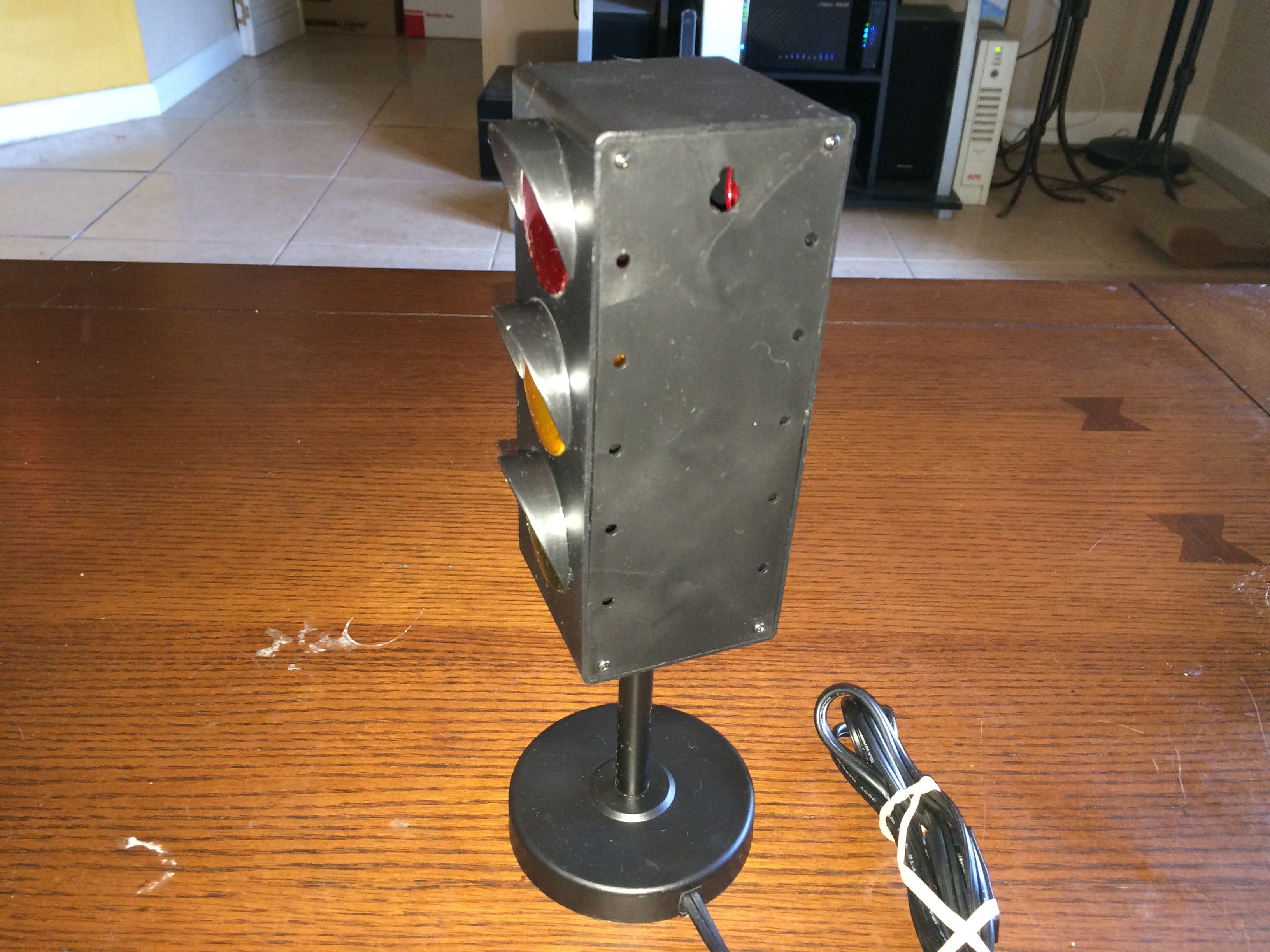 The back plate has a place where one could presumably mount the light on the wall but the base isn’t removable anyway. Holes like those will eventually be filled in to prevent light leakage. 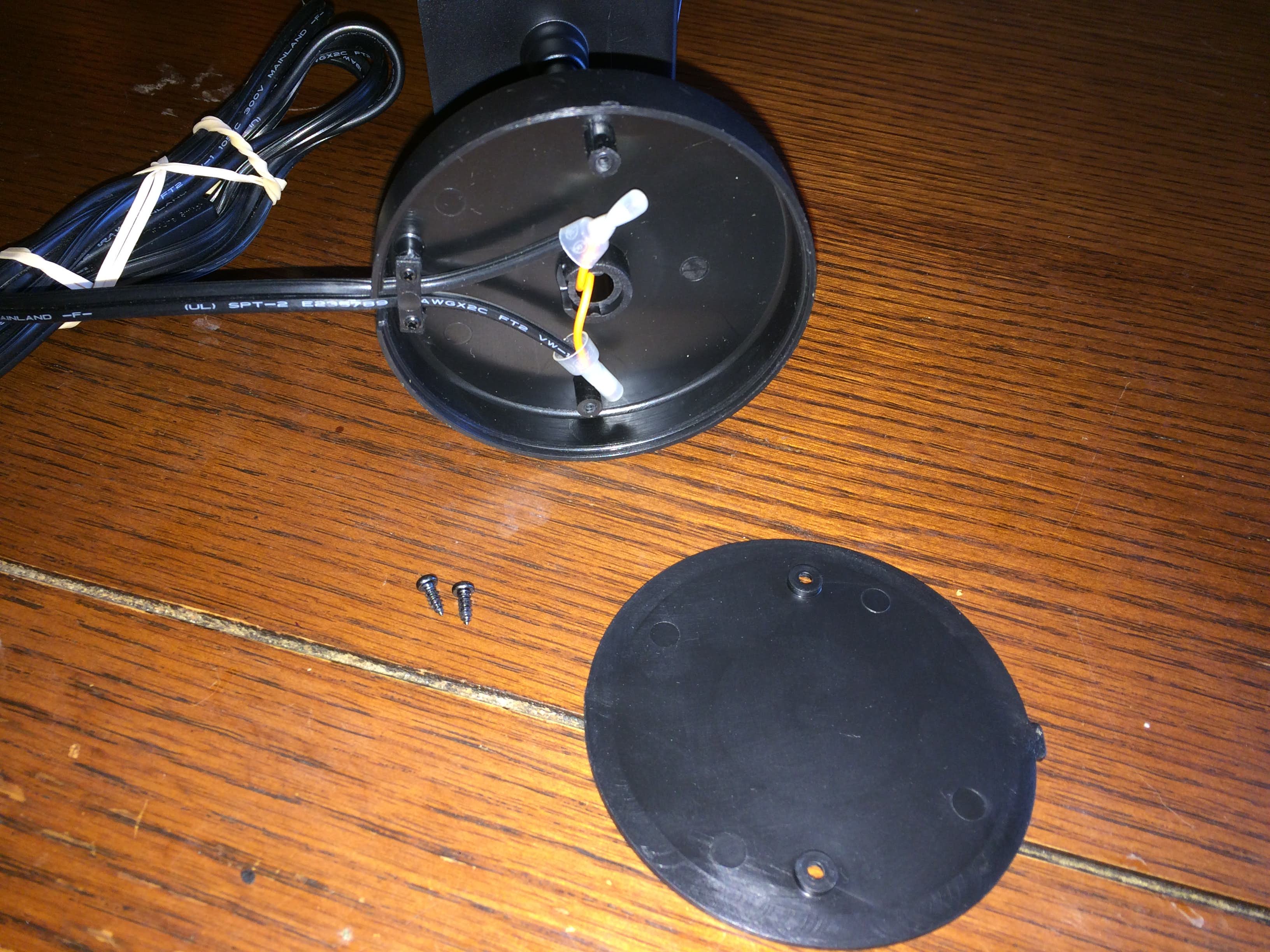 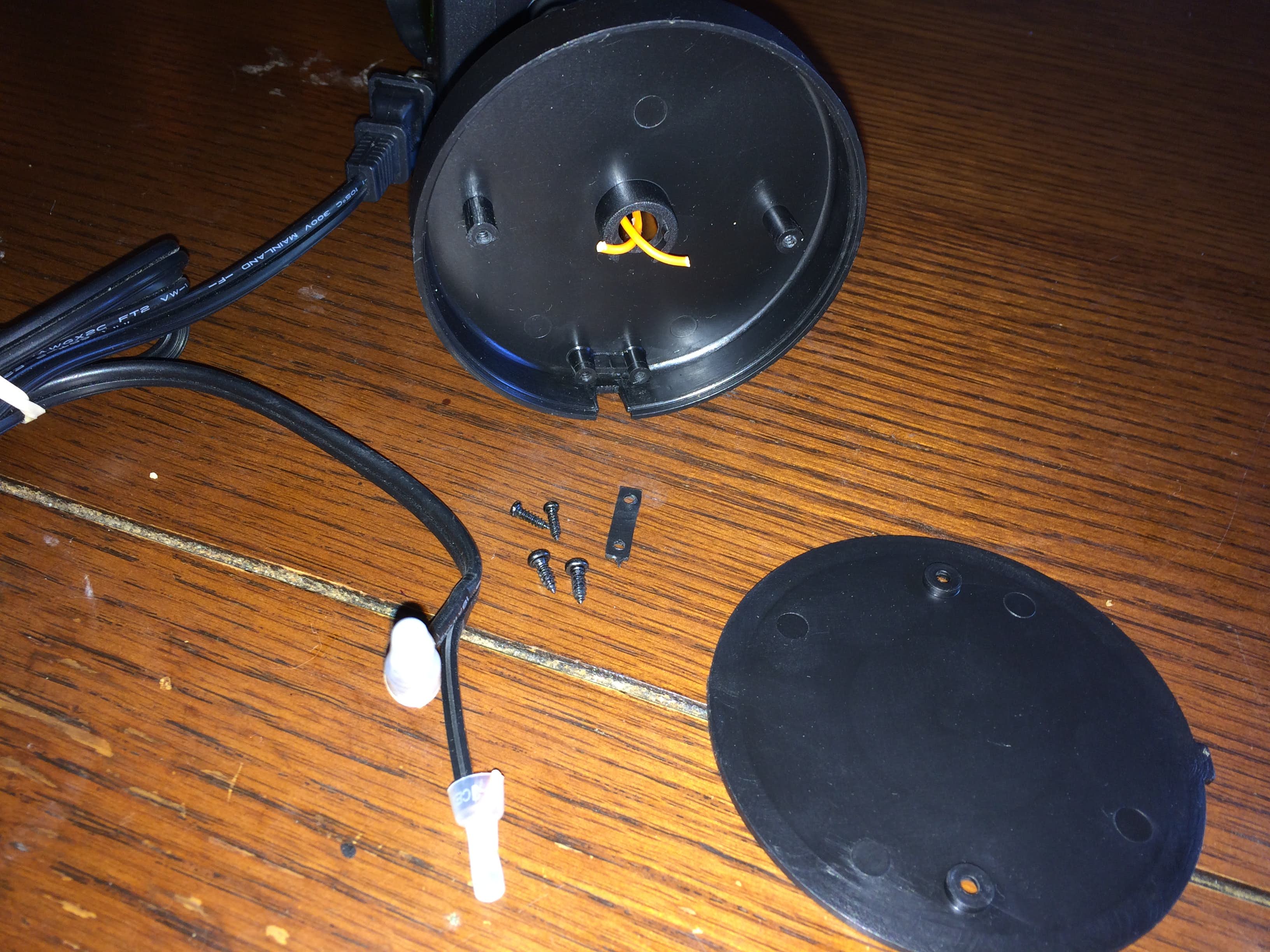 The base contained a simple connection to another wire that runs through the stand. All of this will be cut and discarded or put back into the parts bin. The power cord for instance is brand new and makes a good replacement for another project. 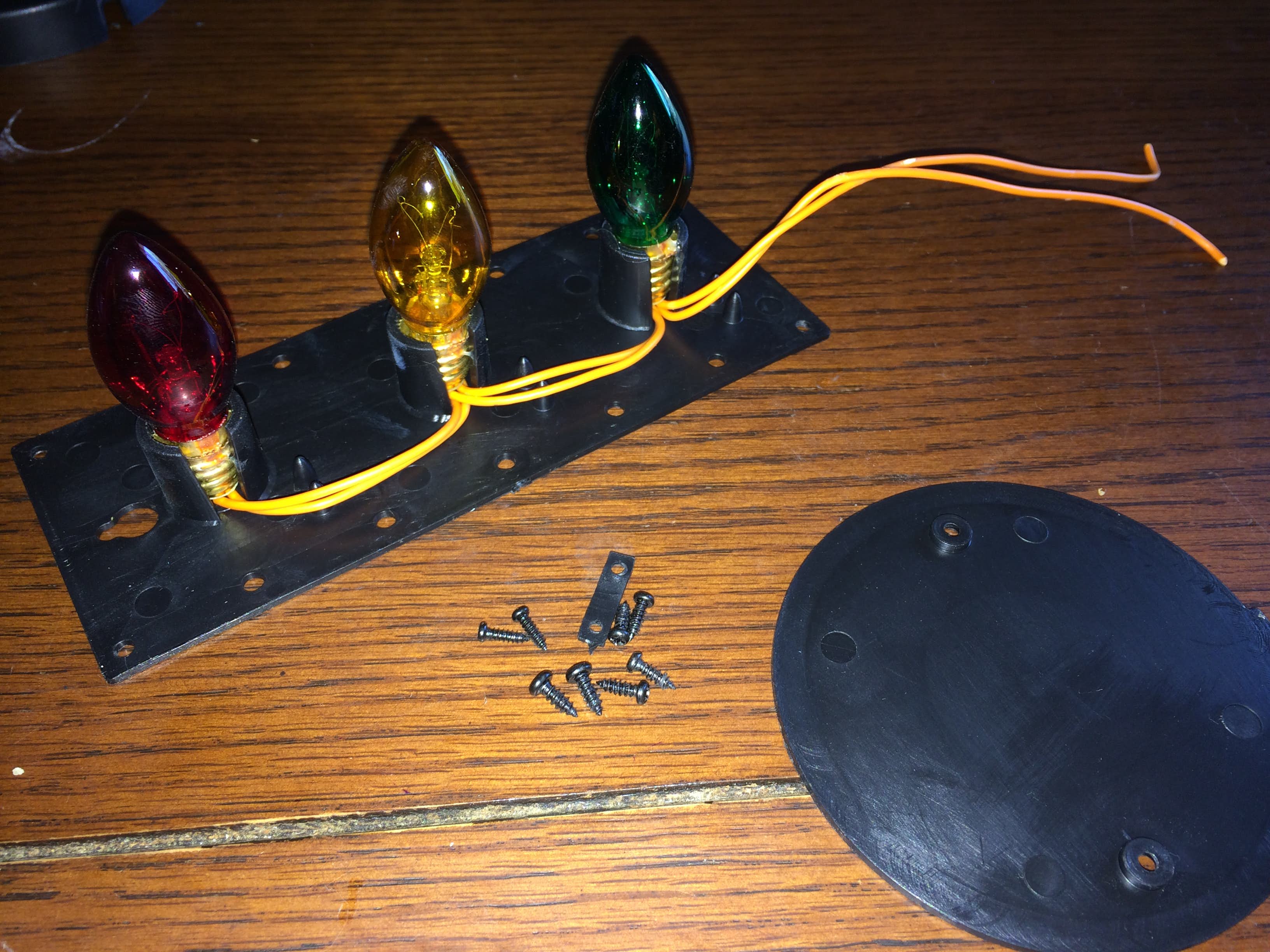 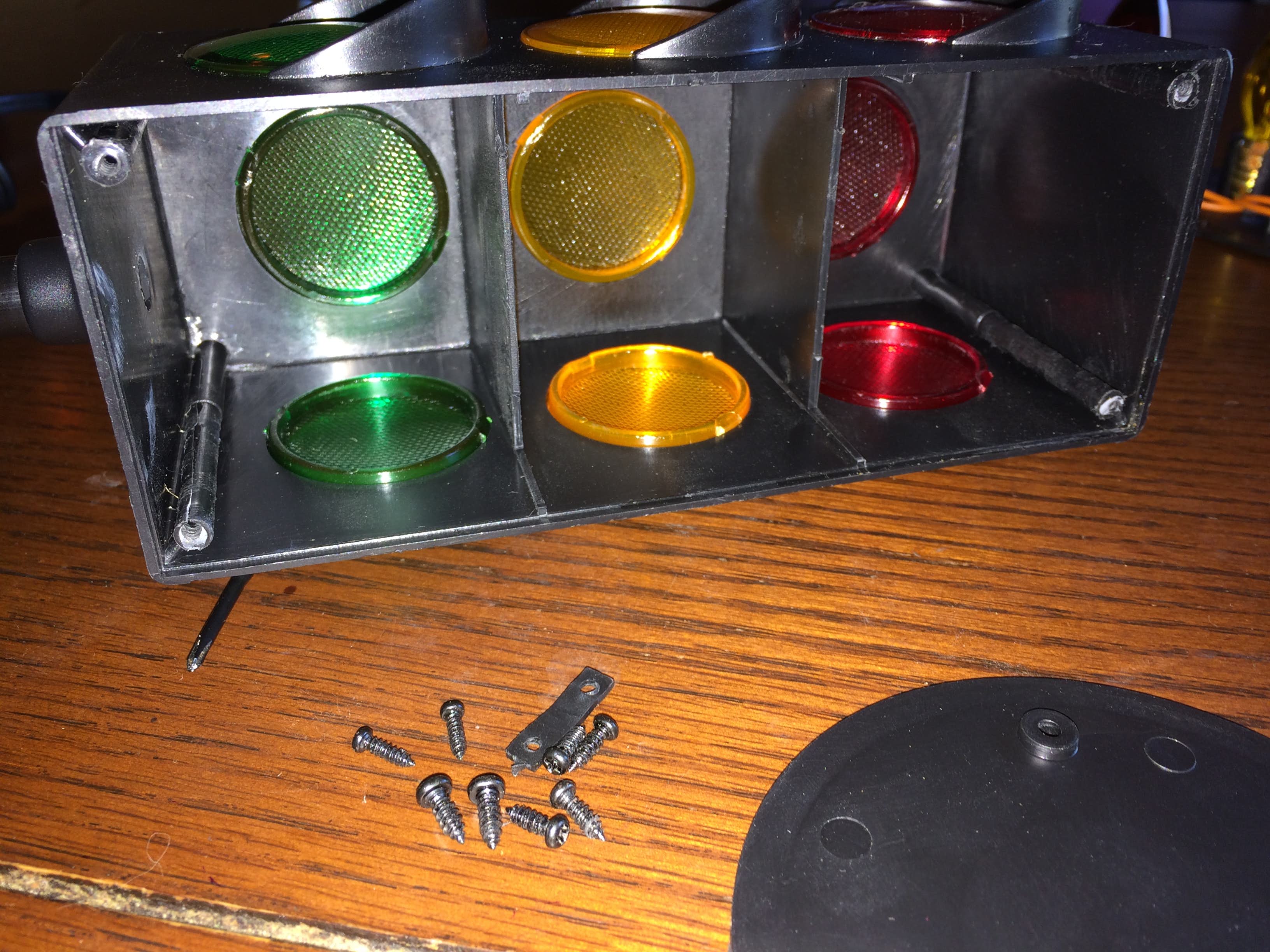 Next the back of the traffic light itself is removed. Here we see that the light source are standard miniature bulbs that are actually red, yellow, and green respectively. Assuming that this product was built to the lowest possible price point the fact that the bulbs themselves are colored means standard white or clear bulbs were too bright and/or washed out the color on the lenses. 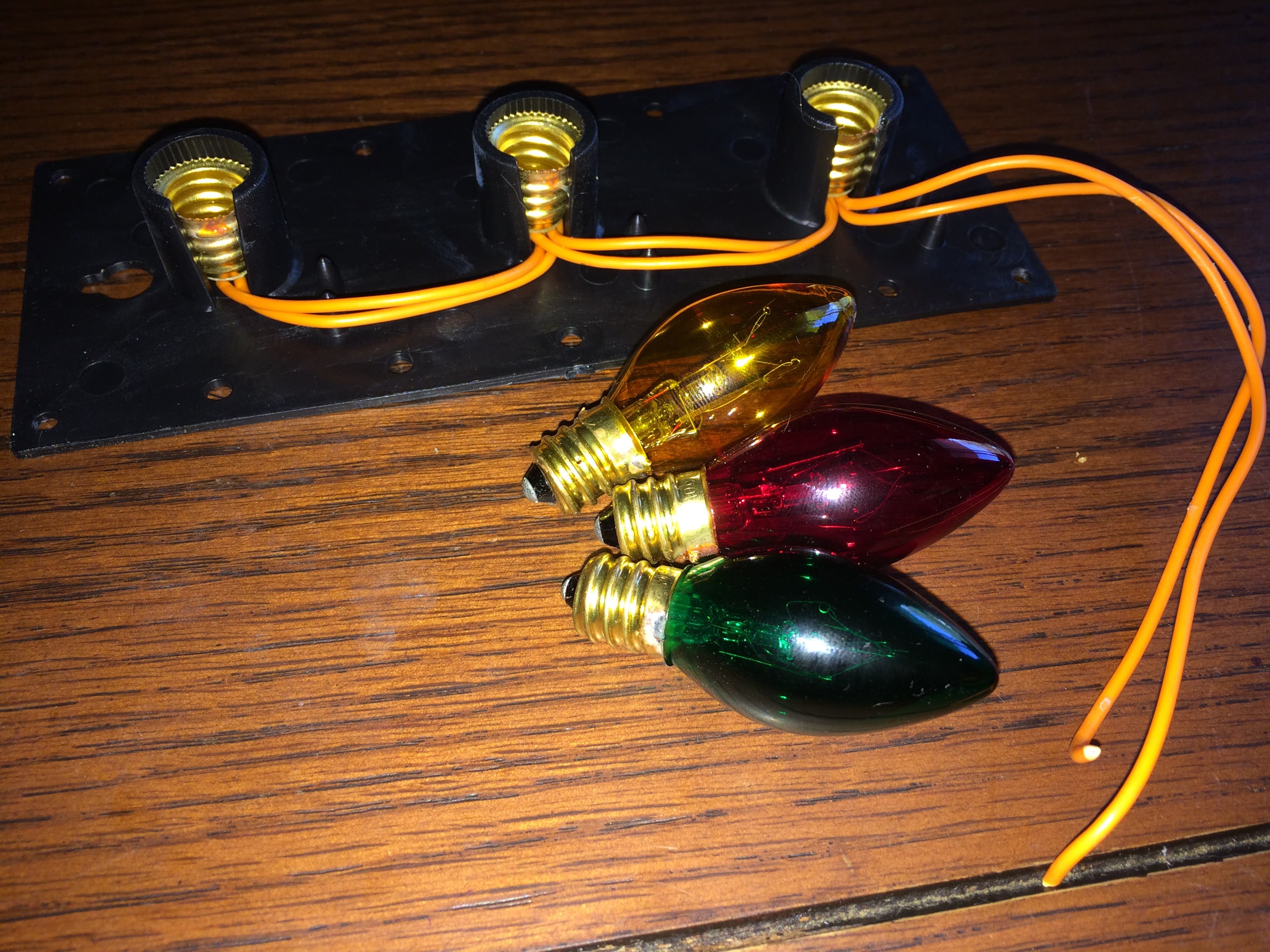 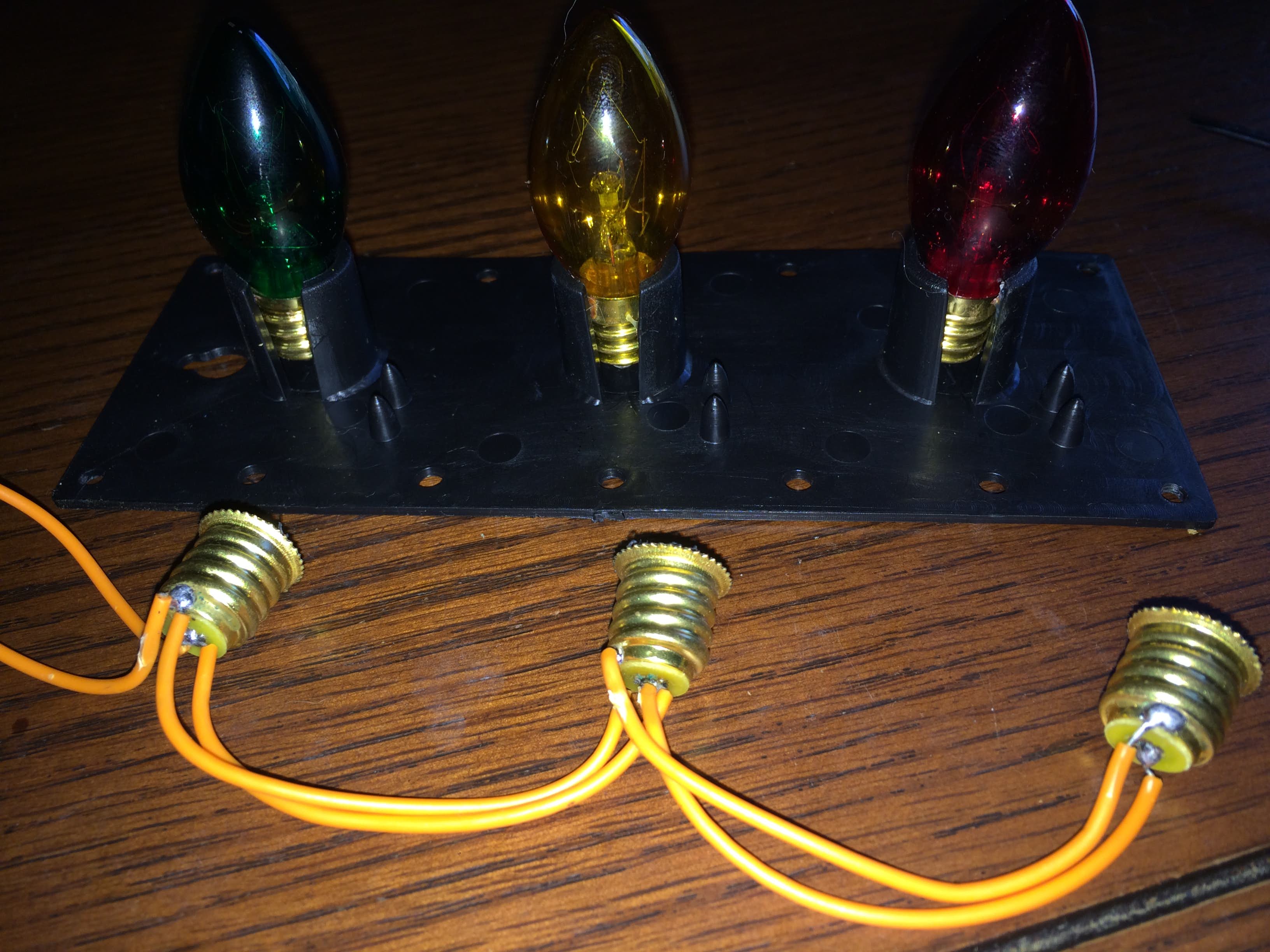 Using either high power transistors and/or relays it would be easy to just control the original bulbs though this means finding replacement bulbs and likely precludes the ability to dim the lights. LEDs will be much easier to deal with and won’t mind being subjected to some serious blinkenlights. 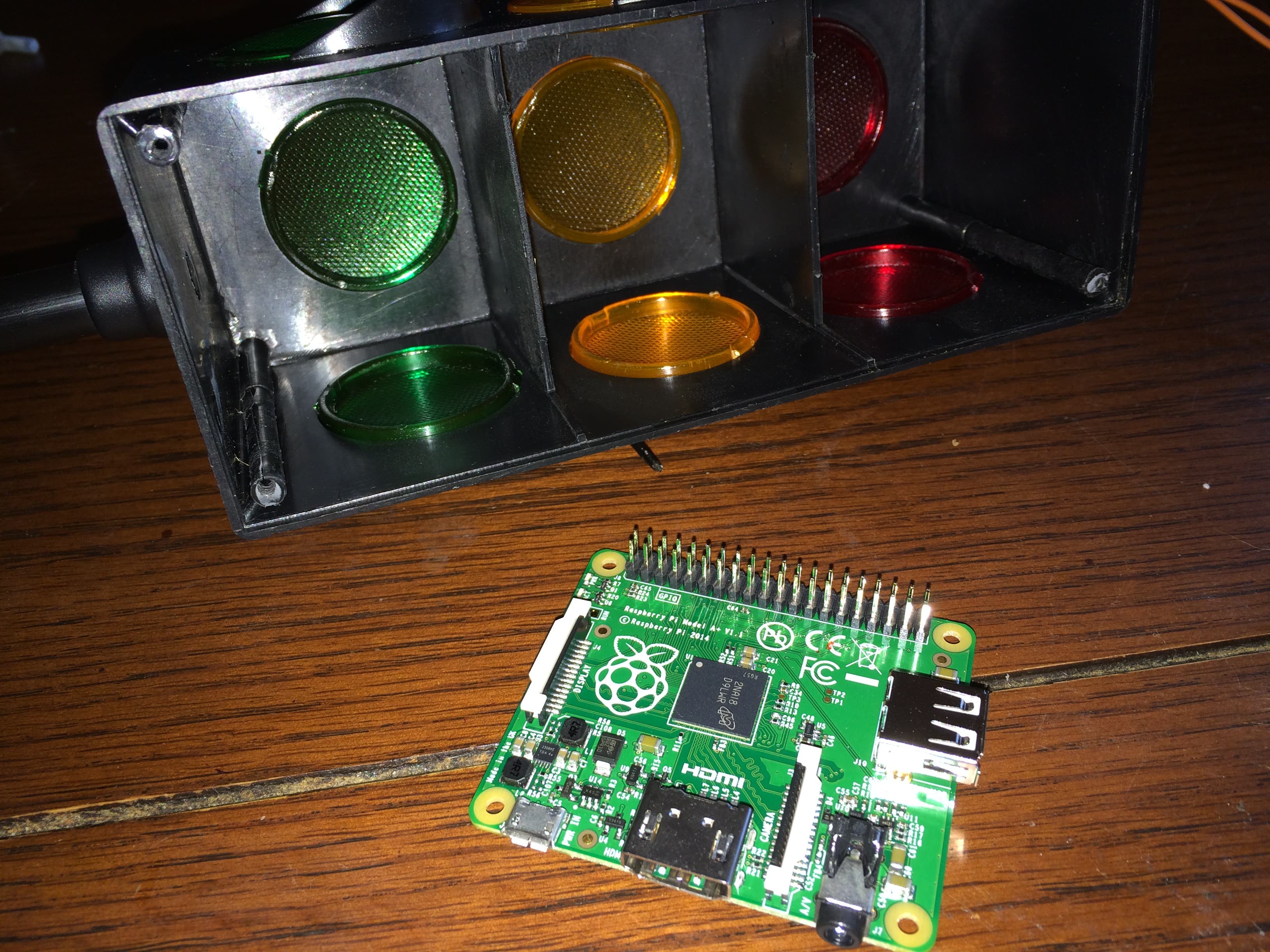 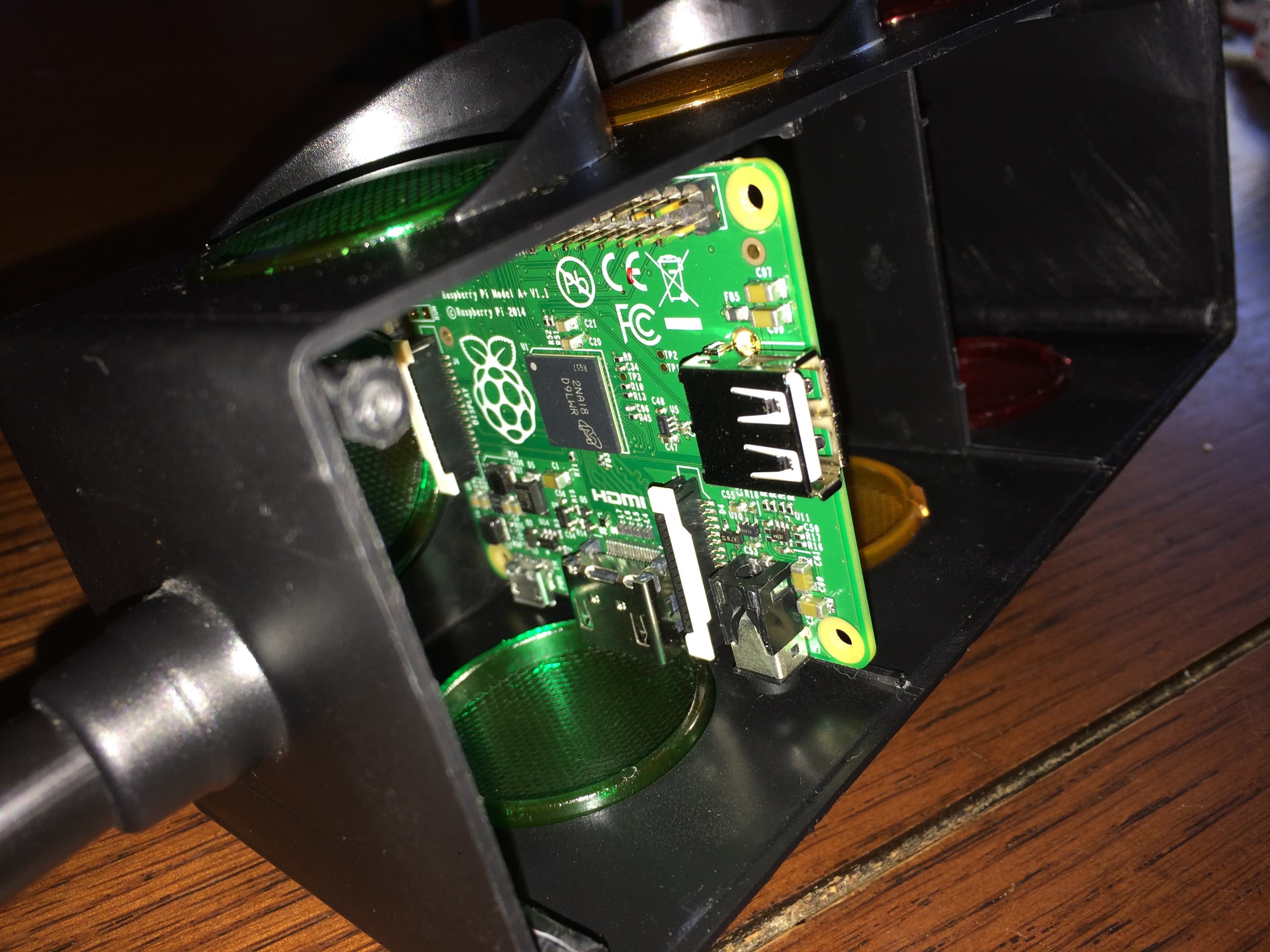 It just so happens the size of the Raspberry Pi Model A+ board fits inside the traffic light with just a few millimeters to spare. 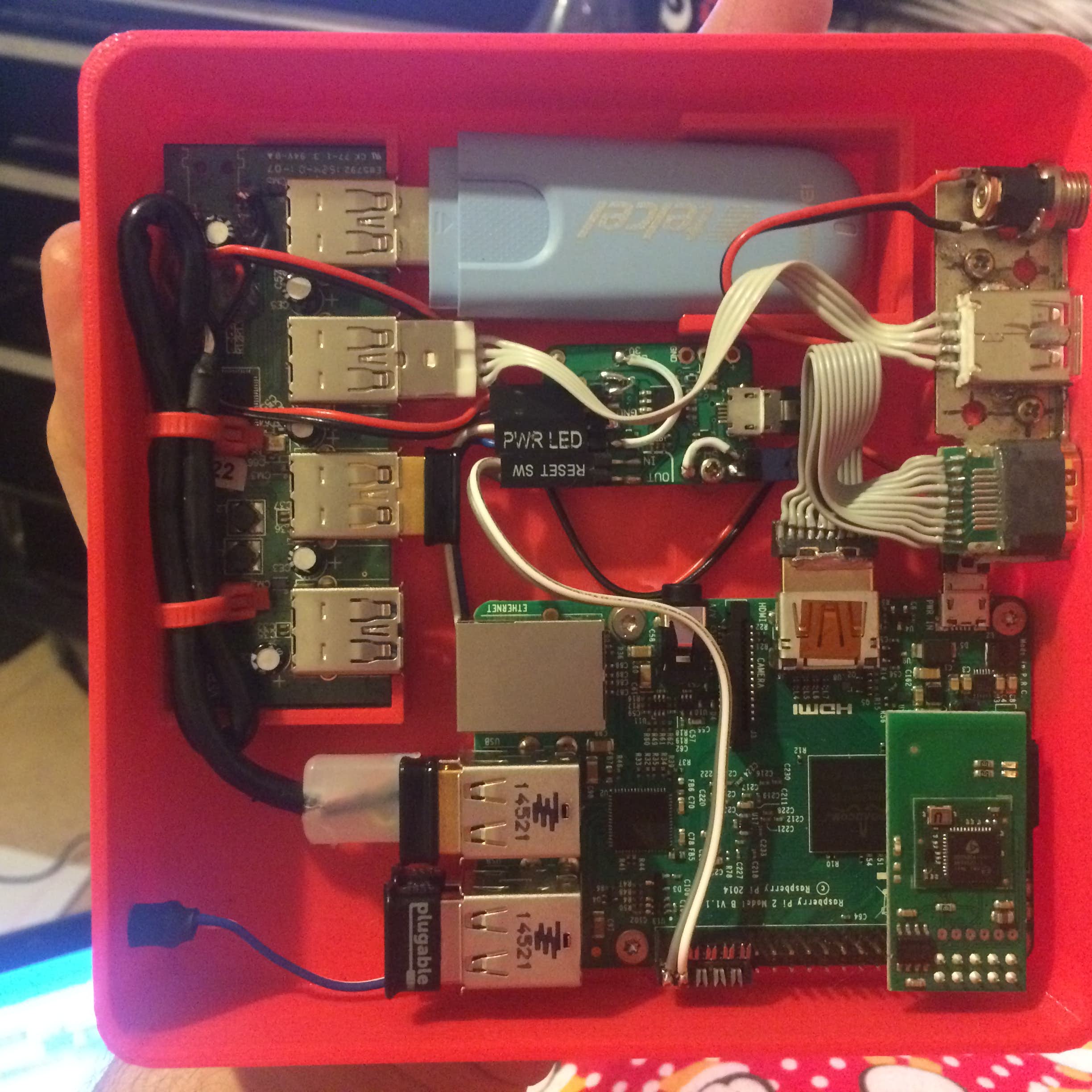 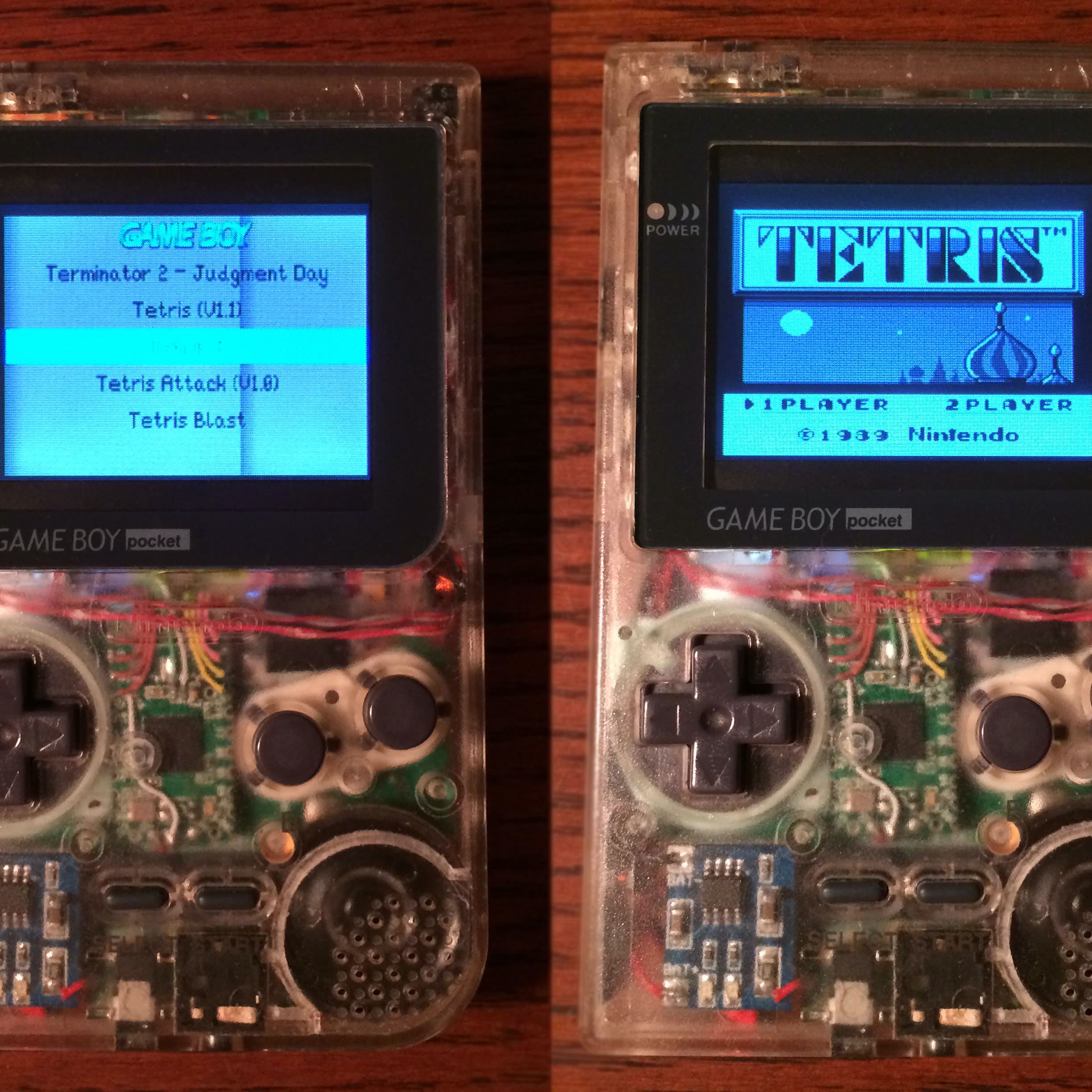 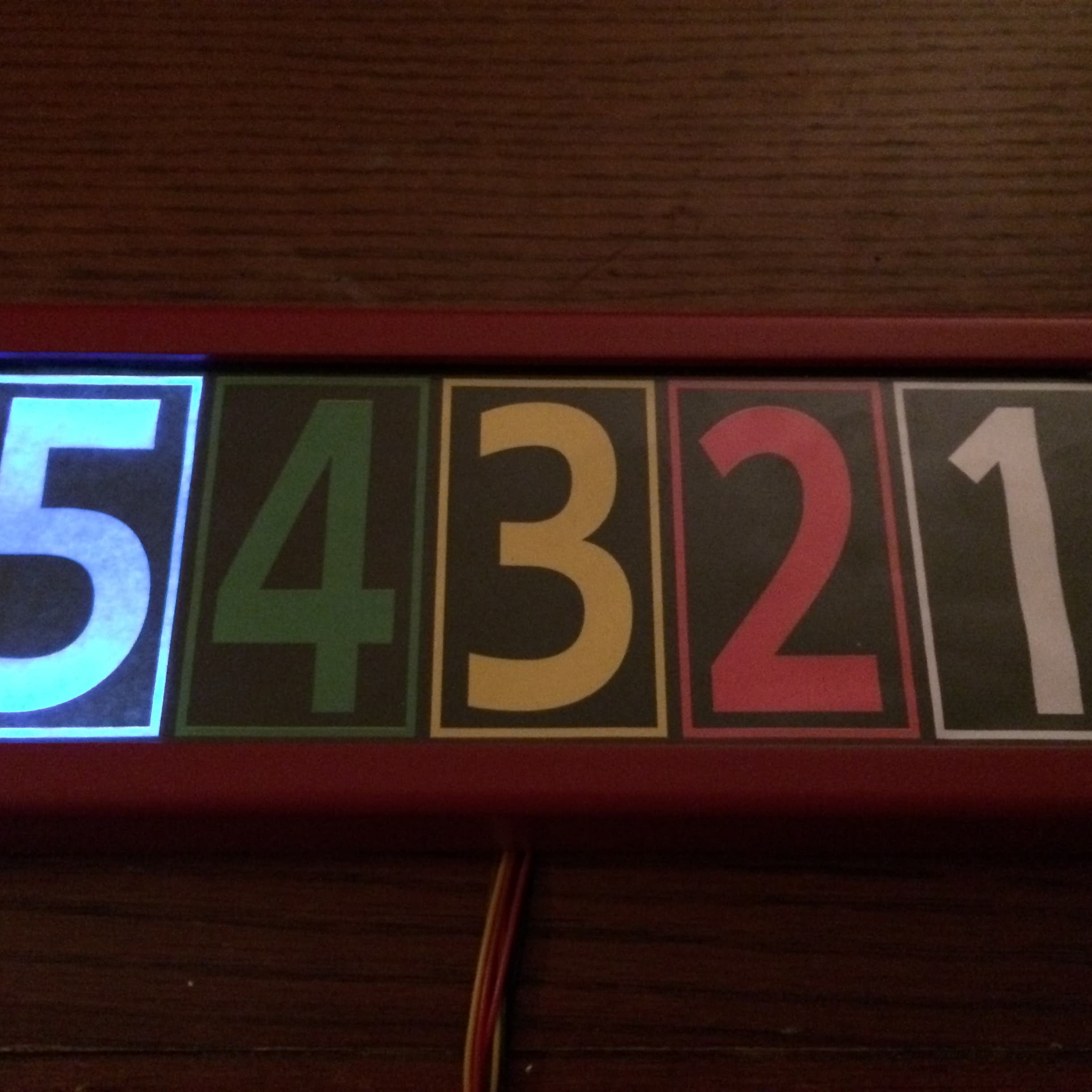